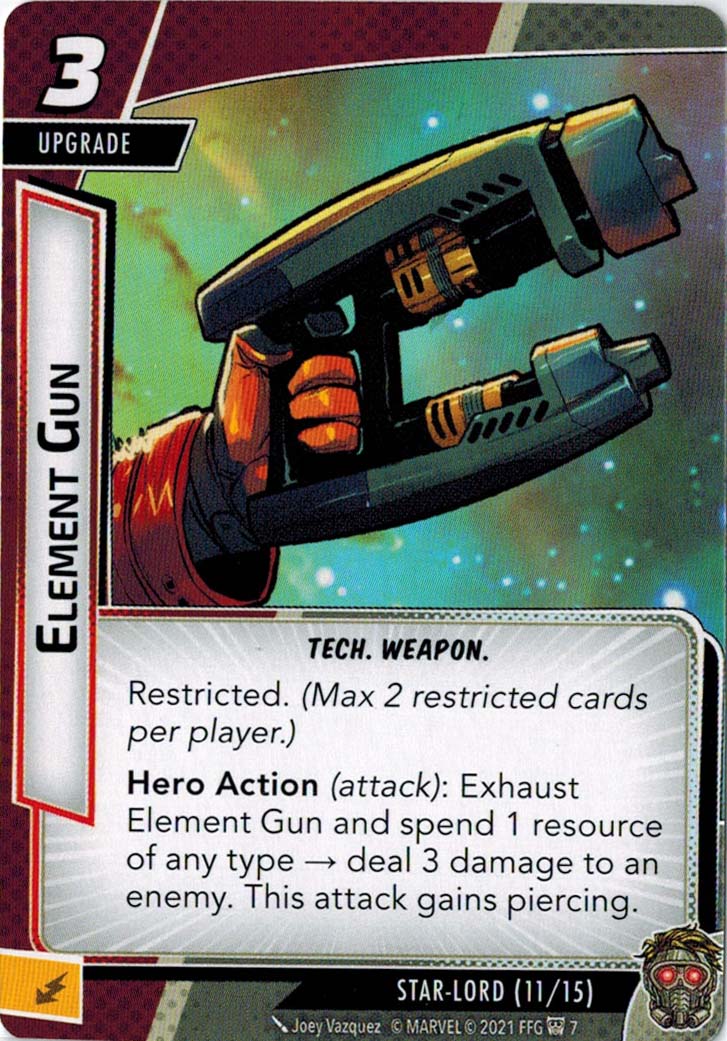 3 damage (and piercing!) for one resource is far above the curve, but you have to pay 3+card up front before you can start getting that value. Four shots of the Element Gun is twelve damage for a cost of 7+card, which is about the "break-even" point compared to most attacks. It's probably worthwhile to play the Element Gun you get from your Setup ability (especially since it enables Sliding Shot), but depending on how long it takes you to find it, it may not be worth playing your second Element Gun.

One approach to building and playing would be to create a deck that's intentionally light on attacks, with the idea that you will play out your second Element Gun and just throw cards at the villain's face. The advantage to this strategy is that you'll have more consistent access to thwart/defense/ally/whatever you're putting in the deck slots that would otherwise have been attacks. You'll have less potential for burst damage, though, and your sustained damage output will be low until you find that second Element Gun.