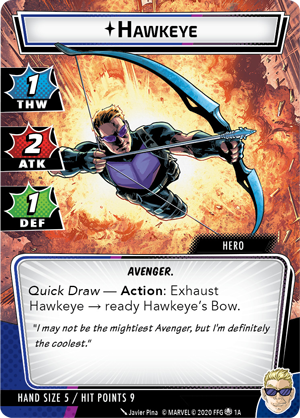 Hawkeye is really good for one thing: dealing damage. His 3 ATK (with Hawkeye's Bow) is the only good stat he has; his THW, DEF, REC, and HP are all basically as low as possible. His Hero kit is mostly arrows, 8 of which do damage, and all of which become effectively free with Expert Marksman x2 in play. He can't thwart consistently, he has no economic advantages outside of his arrows, and his only non-arrow related defensive option is to recur Mockingbird, which will effectively use 4 of the 5 cards in his Hero-hand.

This means, for better or worse, that Hawkeye's best strategy is to simply tear through the villain and all of their minions as quickly as possible. He is very good at this. With Hawkeye's Quiver, he can fire an arrow on most turns in addition to using his basic ATK, typically putting out 6+ damage. Using Explosive Arrow and Vibranium Arrow lets him easily shred minions, whether they're big and tough or small and many.

His weakness is that if anything ever goes wrong, he can easily go into a death spiral with no real way of recovering. Moreso than any other Hero, Hawkeye fears the villain getting extra activations. A single Assault can bring him to the brink of death and leave him with no good options the following turn.

Hawkeye can be fun, and when things go well, he can consistently take chunks of HP from the villain while clearing minions. Snapping off arrows turn after turn feels good, and it can be exciting not knowing which arrow you're going to draw and fire each turn. But he is very subject to the luck of the draw in getting Hawkeye's Quiver and Expert Marksman set up and has no innate ability to stall. If you like going straight for the villain's face, immediately solving every problem that comes your way with an arrow, you'll have a good time. If you like building up a slate of control effects to lock the board down and minimize risk, you're likely to be frustrated with him. 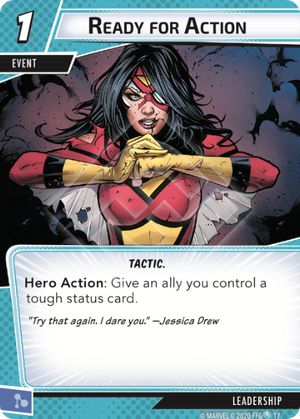 I’ve tried using this card in a number of decks, and while I think it is decently playable, it really isn’t as great as it may seem at first, as it has a number of disadvantages:

Ready for Action does have some advantages compared to a chump blocker, works better against Overkill (which is more common than Pierce) and doesn’t hit the ally limit, and Ready for Action has the alternate use of playing it to cancel the consequential damage of a powerful ally’s action, and of course it is easier to afford while playing other cards, so it is OK, it was just surprising how often I drew it and didn’t want to play it.

cnalexander · 98
That last bullet is it for me. A price of 2 resources is already to built into allies for the ability to block, so I'd always prefer to play an ally, which is more flexible overall — Stretch22 · 228 11/27/22 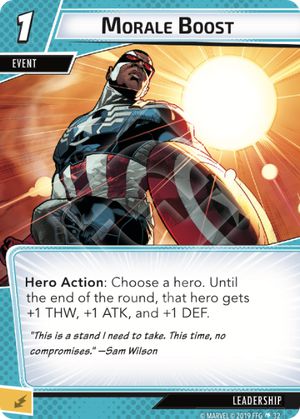 I like the straightforwardness of this card, but it is hard to want to use because the effect is so small. It is way overpriced for a normal character who takes one basic action per turn. It is in theory balanced for a character who takes two actions per turn, but in practice, it still doesn’t work on the many turns they want to recover, or exhaust dealing with an encounter card, and even when it does work, it is fine, but the upside is not very impressive, there are often more impactful cards to play. It is really looking for some combo where it can boost 4 or more basic actions in one turn, to give it some upside that makes you want to put it in your deck. 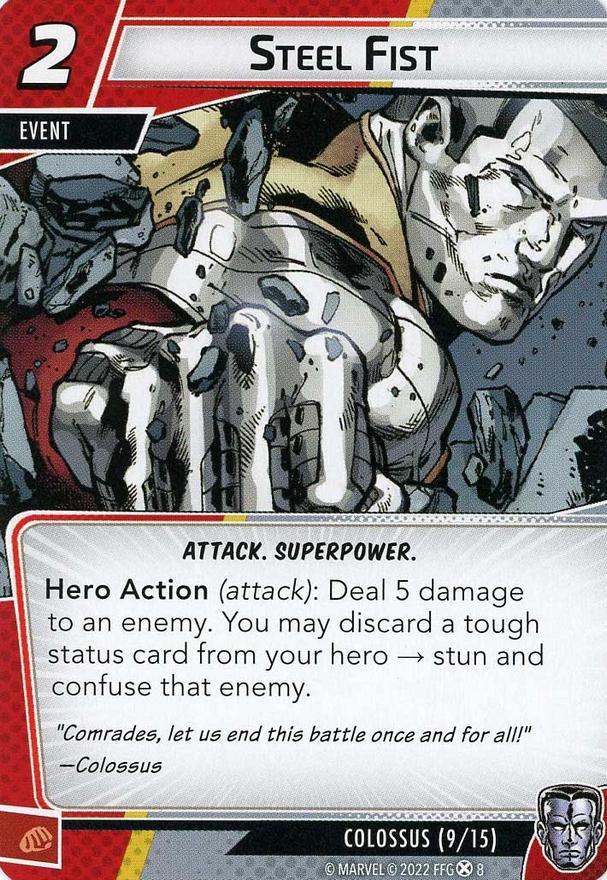 That poor emu. Why did Colossus decide that he was an enemu? I guess that's better than if he were dealing 5 damage to an enema. I wouldn't want to see that, but it would really end the battle once and for all.

Lay Down the Law 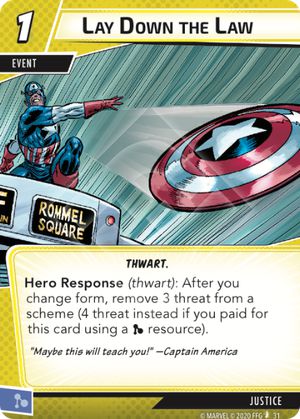 This card is simply For Justice! that costs one less and only works when you switch into hero form. So the relative usefulness of this card depends on how often you switch forms. For ordinary characters with one hero form, you can only use this if you draw it while in alter ego form, rarely more than 50% of the time and usually less, so you want to give this to a character who loves their alter ego form and switches to it constantly.