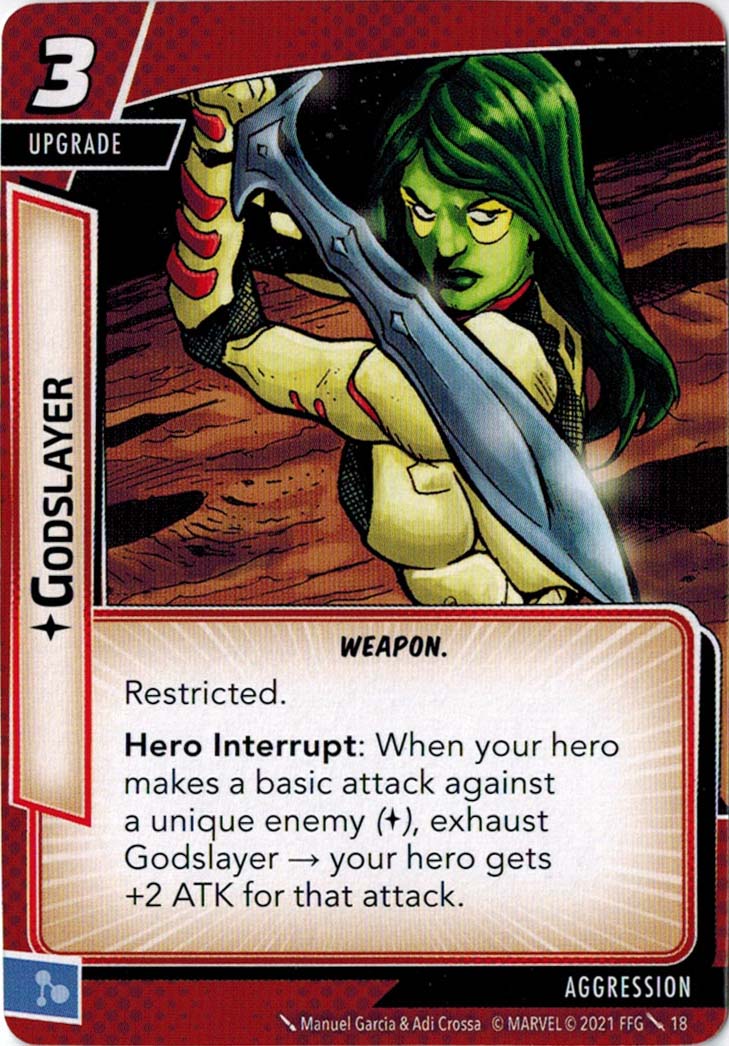 Quite intrigued in knowing how this card works with Wasp's Giant ability. Can I declare an attack to the villain and then split the damage between him and some minions ? If that is possible... the +2 ATK is applied only to the villain damage, or I can use those "2 atk" to damage a non-unique minion ?

These are some questions which I'm not sure of how they must be ruled.

wehehe · 95
I think as long as one of Wasp's targets is a unique enemy (and takes at least 1 damage) then you divide the other 3 damage (or more potentially) as you like. That meets the requirement of "a basic attack against a unique enemy" and it doesn't say that enemy gets +2 damage, but that the attack gets +2 ATK. — MattJJKenny · 1 6/2/21
Quite interesting interaction, I'd say the primary target of attack must be unique, so 2 examples, while playing Klaw: engaged with Weapons ->Runner — Aatxe · 7 6/4/21
Sorry to have it in 2 comments, so Klaw with Weapons Runner - you can select Klaw as target and divide damage to defeat minion, but if it was Armored Guard, I'd say no, as he has guard, and you need to attack him, before you can attack Klaw, that's how I'd rule it — Aatxe · 7 6/4/21
When Wasp attacks in giant form every enemy she assigns damage to is considered to be attacked. Since it gives you +2 to your atk, I'm confident as long as you're assigning at least 1 damage to a unique enemy you'll get the +2 atk. — yuuko · 1 7/12/21