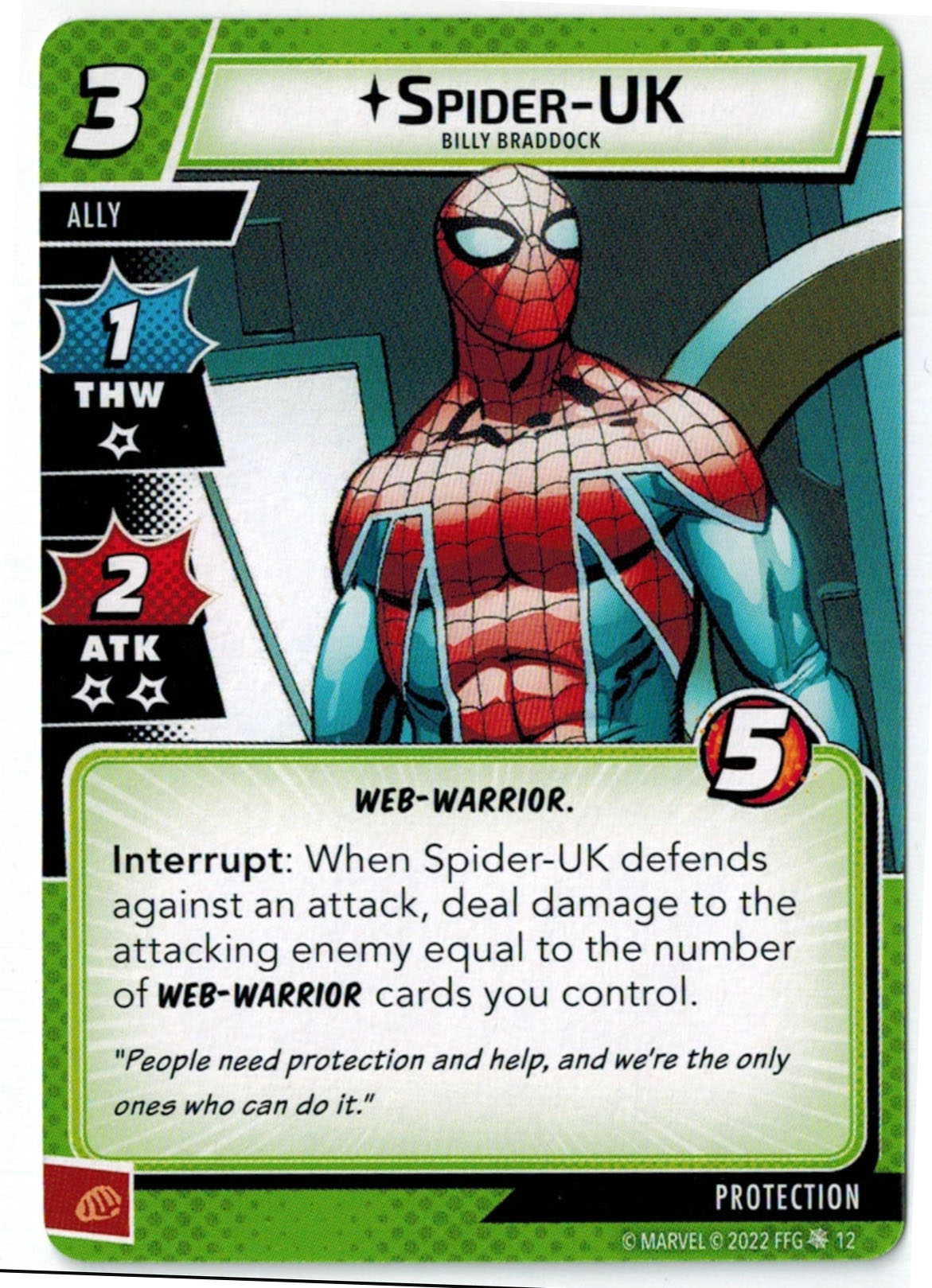 I really enjoy Spider-UK. He is similar to U.S. Agent: costs 3, has 5 life, and has a retaliate effect.

If you are willing to include other Web-Warrior, Spider-UK can becomes the deadliest retaliating Ally in the game. By simply being a Web-Warrior yourself (Miles or Gwen), he deals two damage instead. With a full suite of Web-Warriors, you could be dealing 4 damage every time Billy defends.

Regardless of the number of Web-Warriors you have, you'll likely get two full Villain blocks out Spider-UK. Additionally, as his ability is worded "When Spider-UK defends against an attack" as opposed to Relatiate, he will deal his damage even if he is defeated.

You can build around him as a minion wrecker, or simply use him to weather attacks, Either way, you will get your value out of Billy Braddock, As a Web-Warrior, he can be the target of Across the Spider-Verse He helps utilize Silk's ability. He can be readied by Spider-Man (Peter Parker). He contributes to Spider-Man (Miles Morales) 3 Web-Warrior requirement.

I rate Spider-UK a A-class card: With no specific building, he is good. In a Web-Warrior build, he is very powerful.

Judicator82 · 55
I would go so far as to say he is S-class. He has Pretaliate that reasonably starts at 2, and can get up to 5 with another two web-warrior allies in play + Web of Life and Destiny. So long as minions have less health than he has attack, he can kill them before they even deal damage from their attacks. — Death by Chocolate · 2 4/13/22
I agree that he is S-class if specifically built for a Web-Warrior Hero with Web-Warriors. Overall, I think he is an A because he brings strict deck building requirements to get to S-tier power level. — Judicator82 · 55 4/13/22