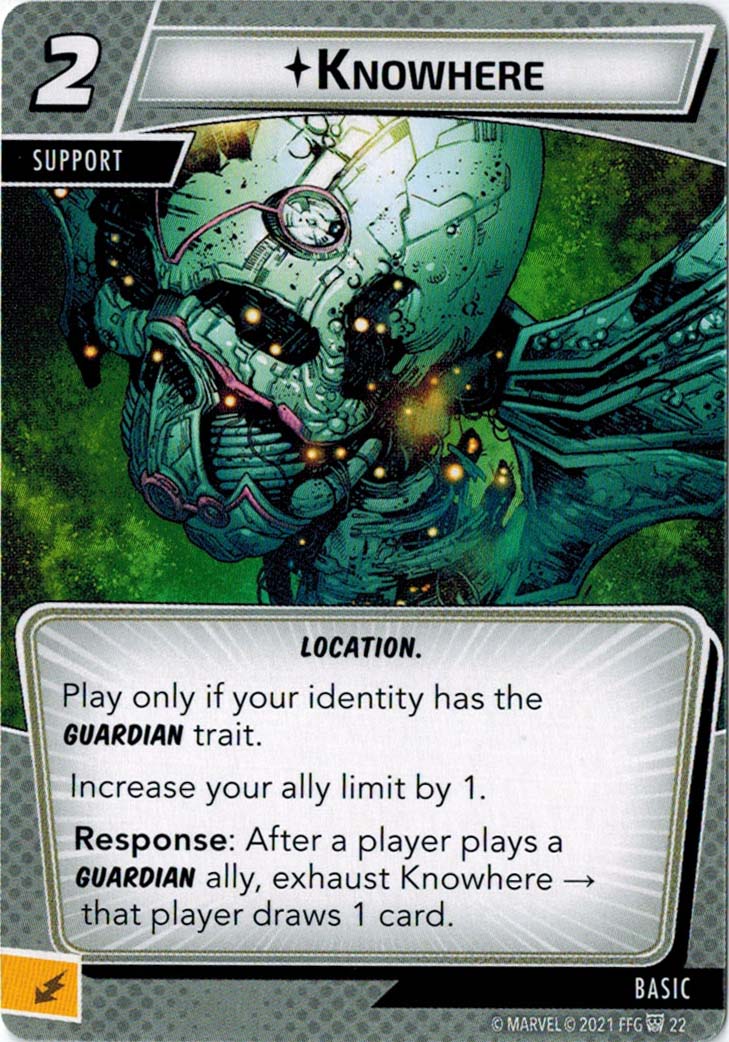 Knowhere is an incredible card for Star Lord!

It compares to Avengers Tower but, for Star Lord, even better. Indeed, the + 1 ally applies to any kind of ally, not just avengers like the tower does. And while it does not help you pay for the ally (which shouldn't be too hard with "what could go wrong?"), it gives you a card, which is even better. AND since Star Lord makes every ally a Guardian, it works every time.

It will, however, be far less impressive with other heroes. First, it's only playable by the few Guardians we have so far but, more important, they do not share Star Lord's "turn everyone into a guardian" ability.

neothechosen · 4869
The question is: do non-Guardian allies gain Guardian before or after Star-Lord pays for them? — PanicMoon · 1 8/10/21
Do we had official FAQ on this? In my hopinion it shouldn't trigger but thoughts are different and mixed on BGG and stuff. — The_LoneWolf · 1 8/24/21
I have just realized that it makes Starhawk even more interesting: you play him, draw a card, use it to thwart, thwart the next turn and the following turn, you use it, get it back to your hand, replay it, draw and thwart. If my math is right, it's rougthly half a resource for - 1 threat every turn. And with Team-building exercise, free (considering you first have to pay 1 resource and then you draw a card). — AlexandreP · 20 9/18/21