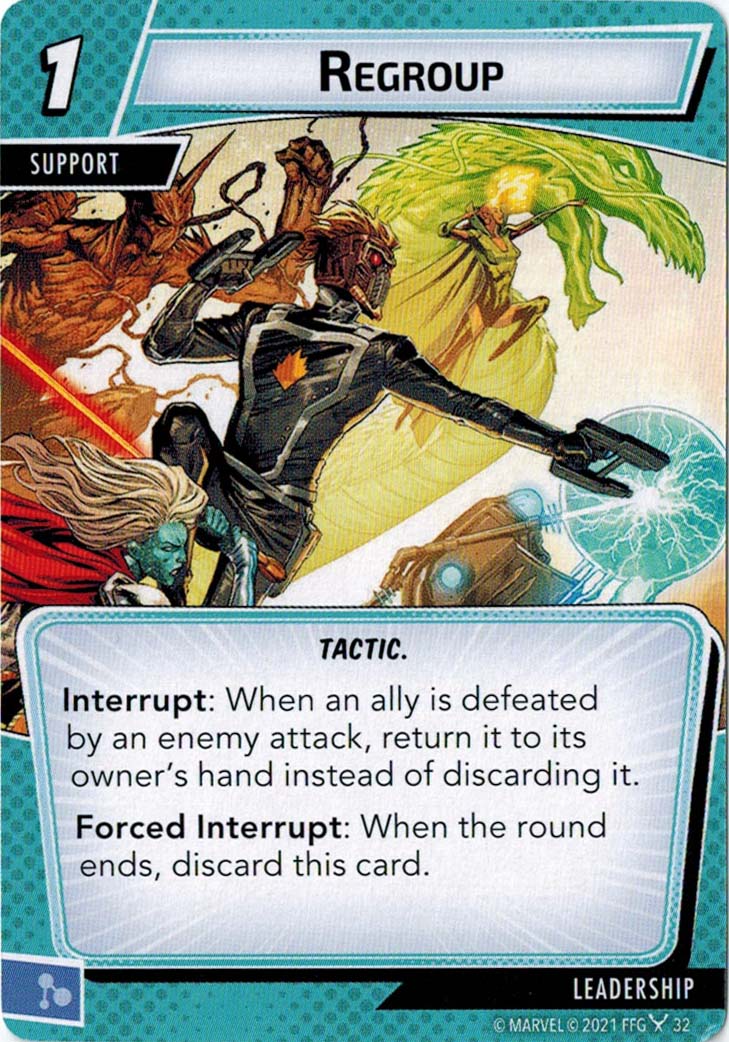 Don't throw this card into just any deck, but it is a good option if your strategy relies on ally recursion. Compared to other options like Rapid Response and Make the Call, this loses in terms of resource cost, but it has one key advantage. Whereas those cards bring your ally from your discard pile to play, Regroup allows you to replay it from hand, letting certain 'enters play' abilities like White Tiger's trigger.

Your deck's strategy might also just want to play a certain ally like Maria Hill over and over again, so even if you've maxed out on Make the Calls and Rapid Responses, you'll happily add copies of Regroup for that effect.

This card also tremendously improves in multiplayer games since it sees any ally die, not just your own. In 3 or 4 player games, I would play this just for raw value even if there aren't any allies it is super important to recur.