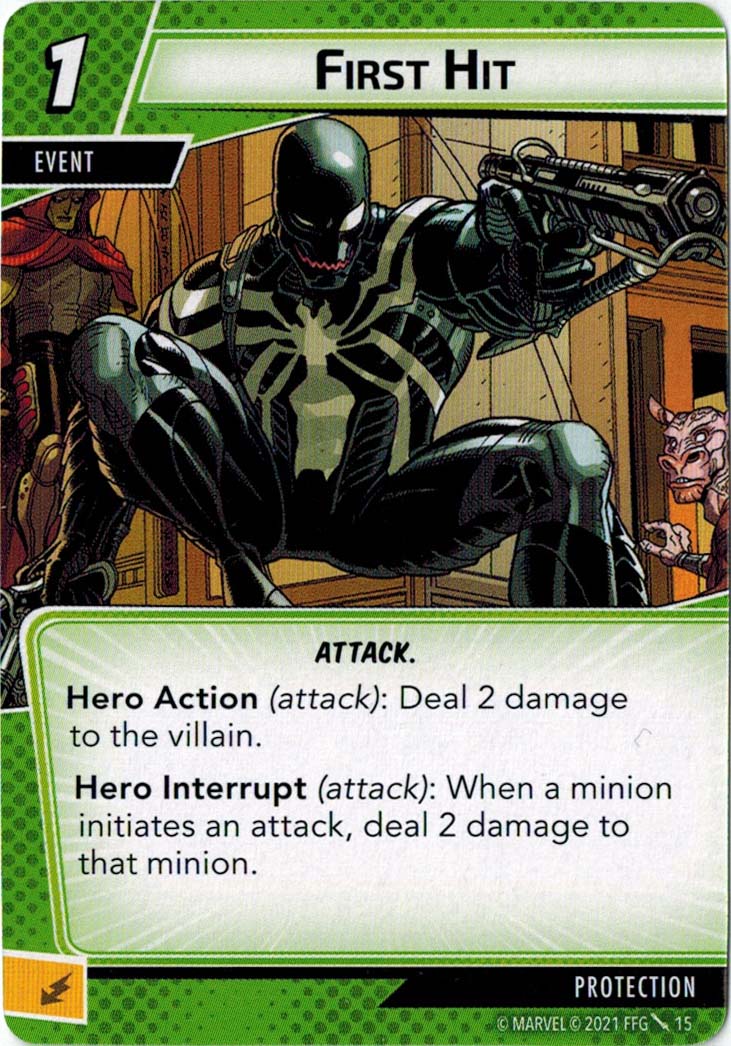 This is a terrible, terrible card. 1 dmg/resource is an awful rate, even for Protection, which has access to Counter-Punch and Preemptive Strike that I would play before this. Granted, this can hit a minion, but do you really want to take the risk of leaving a minion alive during the player phase and hoping you draw this before the villain phase so that you can interrupt its attack?

I do like the design of the second half of the card as it's an attack that still feels Protection-y, but would it have killed them to make it 3 damage?

The only way I see you playing this is if you are playing solo and in desperate need of damage sources. Even in that scenario, there are probably allies that could get the job done better. Let me know if there's something I'm missing here.

Stretch22 · 190
Right there with you! It could have been nice if the "hero interrupt" reduced the cost to 0. — neothechosen · 5458 7/18/21
It's pretty good for Ghost Spider. Slap it down on George Stacy, leave a 2-HP minion alive. Exhaust to defend against the villain's attack, then play this from the board to finish off the minion and ready. — OrionJA · 7 5/17/22
New heroes/cards always have the possibility of giving new uses to old cards, even unplayable ones. I like the Ghost-Spider idea since she makes almost any interrupt card playable — Stretch22 · 190 7/25/22