A Suit of Armor Around the Galaxy 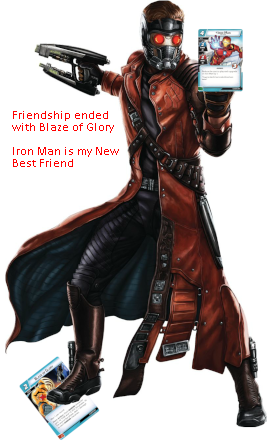 Star-Lord leadership without Blaze of Glory?!?!?

A dr00 Leadership deck without Strength In Numbers??

What is this madness? This is Iron Guardian (of the Galaxy)

*by free we mean resource neutral since they will cost 0 and the card you draw will replace the one you spent. 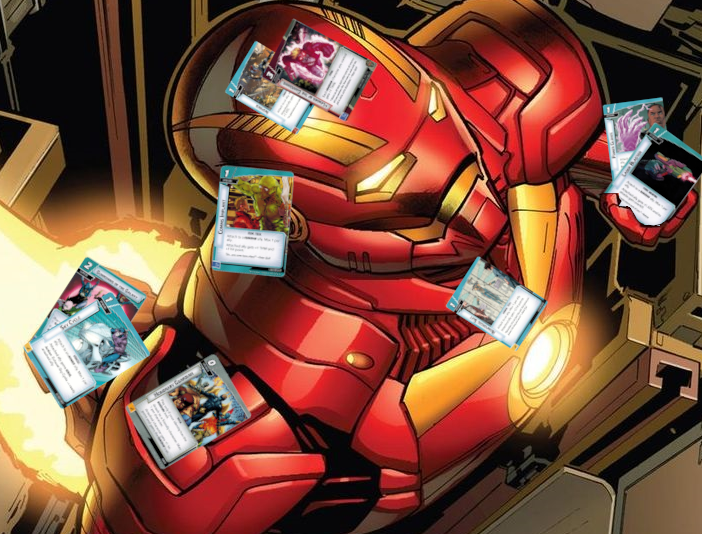 This isn't even my final form!

Star-Lord's hero ability and Honorary Guardian, coupled with Iron Man's own Avengers trait open up a multitude of available attachments.

And by the time Iron Man finishes building his suit, he'll be a 5 THW, 4 ATK ally with 7 HP that deals 1 every time he activates and can activate twice per round. One copy of First Aid is included to help keep him healthy, but you can include more copies if you wish and/or include Innovation (which, incidentally I was using until I sat down for the write-up! Thanks for the reminder, George Kaplan).

Allies - For the remaining allies, I have chosen as many with card draw abilities as possible (Ironheart, Maria Hill, and Nick Fury) while also avoiding any Avengers (sorry White Tiger!) so that Call for Aid will always find Iron Man. Blockingbird is great as always, but there are some wonderful alternatives, such as Adam Warlock, Beta Ray Bill, Major Victory, Spider-Man, or any of the neutral guardians allies: Drax, Gamora, Groot, Martinex, or Rocket Raccoon.

Call for Aid has multiple uses despite having only one Avenger. In actuality, it for that reason Call for Aid has other lines of play. Keep in mind that once you have played Iron Man, calling again will deck yourself immediately and deal you an encounter card. For many heroes, there is not much value from that (paying a card and receiving an encounter card just to reshuffle). However, Star-Lord benefits from having extra encounter cards in front of him, whether you are building for a large Sliding Shot or simply trying to get the most out of Star-Lord's Helmet or Jet Boots. That said, you may find that 2 copies is enough, but I would definitely not recommend going to 1; you want to find Iron Man and start building as quickly as possible.

Band Together pulls its weight as it's quite easy to have 2-3 allies at a time, and you'll always have at least 1 giant Iron Man ally. Late game, it can help pay for Sliding Shot or Gutsy Move for some fun combo turns. If you draw it at the beginning of the game, remember that you can stash it away for later with Smooth Talker (thanks @journeyman2 for the tip!).

Guardians of the Galaxy only allows you to have one in play, but it's so crucial to the deck that 2 copies are included. You could go to 3 or drop down to 1. Keep in mind that you can play them for other players (even if they don't have any Guardians characters) just if you want to get it out of your deck once you have your own. Just remember that it only works while all of your characters are Guardians, so while you are in hero form, it's always on for Star-Lord, but when you go to alter-ego, it only works if he and every ally you have is a Guardian already or has Honorary Guardian. Just something to keep in mind while playing and for changing up the deck.

And finally, Knowhere helps give you some more ally options and will also help subsidize those costs as well, but it's not as much of a priority as it is for other decks.

Looking to the future: Sidearm (War Machine spoiler) sounds like a great fit, so definitely keep that one in mind. And really, keep an eye out for any 0-1 cost basic or leadership ally attachment. Any non-avengers allies will be helpful, especially if they can draw cards; and with the upcoming new box, hopefully we'll have plenty of new non-avengers to choose from.

Until next time, see you, space-guardian. 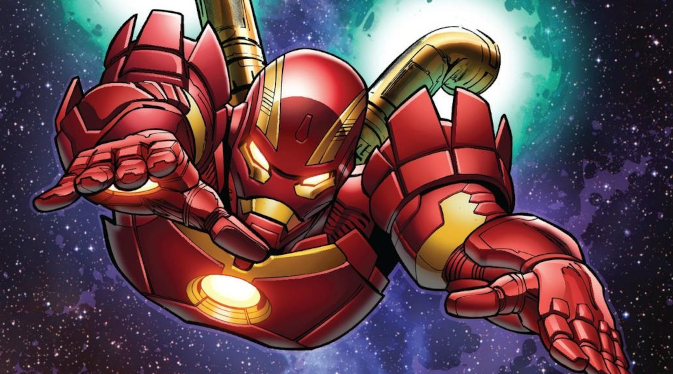